4 Pains You Should Never Ignore 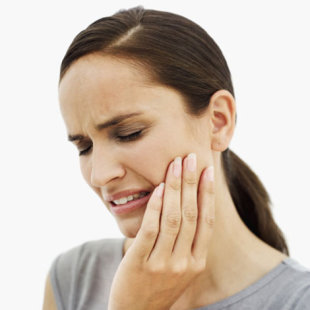 Okay, so most times a headache is just a headache, and heartburn is just a sign that you rang the Taco Bell a few times too many. Except when they're not. Here are four types of pain you should heed, and how.

SEVERE HEAD PAIN This mother of all headaches makes your bachelorette party hangover seem laughable. If you could laugh.

The culprit Odds are, any jackhammering in your brain is just a migraine. But if it's not accompanied by other migraine symptoms (such as a visual aura), sudden and severe pain--we're talking the absolute worst headache of your life--can signal a brain aneurysm. These arterial bulges occur in up to 5 percent of people, but most of the time they don't cause any trouble--you won't even know you have one unless the weak spot leaks or tears. If that happens, escaping blood can flood the surrounding tissue (causing a violent headache) and cut off the oxygen supply there. Smoking and having a family history of aneurysms increase your odds.

The fix "A burst aneurysm can cause brain damage within minutes, so you need to call 911 immediately," says cardiologist Elsa-Grace Giardina, M.D., director of the Center for Women's Health at NewYork-Presbyterian Hospital/Columbia University Medical Center. Your doctor will take a CT scan to look for bleeding in the space around the brain. If he finds hemorrhaging, you'll head into the OR pronto for surgery to repair the blood vessel.
Break Your Addicted-to-Stress Lifestyle

THROBBING TOOTH Spooning your way through a pint of Chubby Hubby has become an exercise in torture. When your teeth touch anything frosty, you feel a dull throb or sharp twinge.

The culprit It's likely that the tooth's nerve has become damaged, usually because the surrounding pearly white is cracked or rotting away. Unless you get it patched up quickly, bacteria in your mouth can infect the nerve. And you definitely don't want that breeding colony to spread throughout your body, says Kimberly Harms, D.D.S., a dentist outside St. Paul, Minnesota.

The fix Time for a cavity check! You may just need a filling to cover the exposed nerve. But if it's infected, you're in for a root canal, in which the tooth's bacteria-laden pulp is removed and replaced with plastic caulking material. Antibiotics can clear up any infection that has spread beyond the mouth.

What Your Smile Says About Your Health

SHARP PAIN IN YOUR SIDE A typical runner's side stitch pales in comparison to this piercing stab, which intensifies over a few hours or days.

The culprits You may just need some Beano. But if you feel as if you're being skewered in your right side and you're also nauseated and running a fever, you could have appendicitis. It occurs when something (like a stray piece of feces) migrates into the space where the appendix empties into the colon, blocking it. Soon the organ becomes dangerously inflamed. Another possibility is an ovarian cyst. Typically these fluid-filled sacs are harmless and disappear on their own. But if one twists or ruptures, it can cause terrible pain.

The fix In both cases, you're looking at emergency surgery. "If you don't remove an inflamed ap­pendix, it can burst," says Lin Chang, M.D., a gastroenterologist and codirector of UCLA's Center for Neurovisceral Scien­ces and Women's Health. This can cause dangerous swelling of the tissue surrounding your organs. A twisted cyst also needs to be removed right away, as it can block bloodflow to your ovary within hours. If that happens, the doctor will need to cut out the entire ovary (and the eggs inside) along with the cyst.
Your Eggs: Buy, Sell, or Freeze?

PASSING CHEST PAIN Periodically, you get what feels like a bad case of heartburn, or a tight squeezing sensation, as if you're being laced into a corset.

The culprit You probably just peppered your pizza with too many chilis. But if you know you're at risk for heart problems, don't blow it off--it could be a heart attack. Every year, about 10,000 women under 45 have one. Symptoms tend to be less severe in women than in men, so "you may just feel pressure, along with fatigue, throat pain, or shortness of breath," Giardina says.

The fix Feel the burn after feasting on chalupas? Normal. Feel as if you're being squeezed to death by a boa constrictor after a hard workout? Not normal. In younger women, a heart attack usually happens when you're working up a sweat. If that's the case, dial 911. Your doc will do an EKG to determine whether your heart has been damaged, then decide on the best treatment, whether it's clot-attacking drugs or surgery to clear your arteries.

3 More Pains You Should Never Ignore